The holidays are a magical time of year in Chicago. From the giant Christmas tree to boulevards festooned with lights, the city celebrates like no other. This is especially true on the stage, where Chicagoland’s finest actors and musicians perform holiday favorites.

From a re-imagining of a seasonal tradition to a hip-hop celebration, these plays and musicals will make your spirit bright.

'Winter in the Wildwood': An Immersive Holiday Experience

In "Winter in the Wildwood", audiences will be transported to a Fae-Realm filled with holiday trees, lights, and magic as they meet a magical Faun and uncover the truth behind the fading Wildwood lights, embarking on a quest to restore magic to the forest.

Along the way, audiences will enjoy fairytale stories, magicians, puppetry, and one-of-a-kind photo opportunities. Each performance is unique and tailored to the audience, whether families or adults.

It's a Wonderful Life: Live in Chicago!

George Bailey – the Everyman from small town Bedford Falls whose dreams of escape and adventure were stopped by family obligation and civic duty – has fallen onto desperate times. Only a miracle can save him from despair. Filled with original music and classic holiday carols, this warm tale “is the don’t-miss show this holiday season!” ("Chicago Tribune").

For over 20 years, American Blues has treated audiences to a live retelling of the Frank Capra classic in a 1940s radio broadcast tradition, making "It’s a Wonderful Life: Live in Chicago!" the second longest-running holiday play in Chicago!

Elf on the Shelf: A Christmas Musical Tour

Inspired by the beloved holiday tradition, "Elf on the Shelf: A Christmas Musical" brings new-age holiday cheer to cities across the country on a nationwide tour. The show tells a story about Santa’s Scout Elves with original music and dance that builds excitement and splendor for the season.

This holiday season it is making its debut in Chicago. Written by musical parody duo Bob and Tobly McSmith, creators of the smash hits "The Office! A Musical Parody" and "Friends! The Musical Parody", "Love Actually? The Unauthorized Musical Parody" will bring love and laughs to your holiday season! Get ready for awkward meet-cutes, over-the-top grand gestures, and lots and lots of love, actually.

The Joffrey Ballet: 'The Nutcracker'

Christopher Wheeldon’s reimagined classic returns for the holidays. Follow young Marie and the Nutcracker Prince on a Christmas Eve journey through the 1893 World’s Fair, a dazzling spectacle of sights, sounds, and enchantment. This annual holiday tradition celebrates the magic of the season and the rich cultural heritage of Chicago.

Dean Z, star of the hit internationally touring production "Elvis Lives" is bringing his high-energy Elvis tribute show to the Rosemont Theatre. This marks the first time his incredible show packs up from its home in Branson to come to the Chicagoland area. "Dean Z - The Ultimate Elvis" is a musical journey spanning the 20-year career of the “King of Rock ‘n’ Roll,” from his rise to fame in the 1950s, to his infamous Las Vegas performances of the 1970s. "Dean Z - The Ultimate Elvis Christmas Show" will also feature some of your favorite Christmas songs! Dean is backed by a powerful live band, horn section and immersive video content for a truly unforgettable concert experience.

For nearly two decades, Dean Z has performed thousands of shows for well over a million people around the globe, being named by Elvis Presley Enterprises (EPE) as the world’s greatest Elvis tribute artists in 2013. Dean was officially awarded EPE’s “Ultimate” title and starred in their international touring production "Elvis Lives" (with over 500,000 tickets sold).

Dean Z has thrilled Elvis fans across Europe with his portrayal of the King performing to sold-out audiences in some of the UK’s most historic venues including the London Apollo, Manchester Arena and The Echo in Liverpool. He is the only Elvis tribute artist to host SiriusXM’s Elvis Radio Channel. He currently serves as an ambassador and contributor to Graceland and the Elvis Presley estate. This special event will also help to raise money and awareness for Salute INC, an amazing Chicagoland-based organization to help the families of local military. 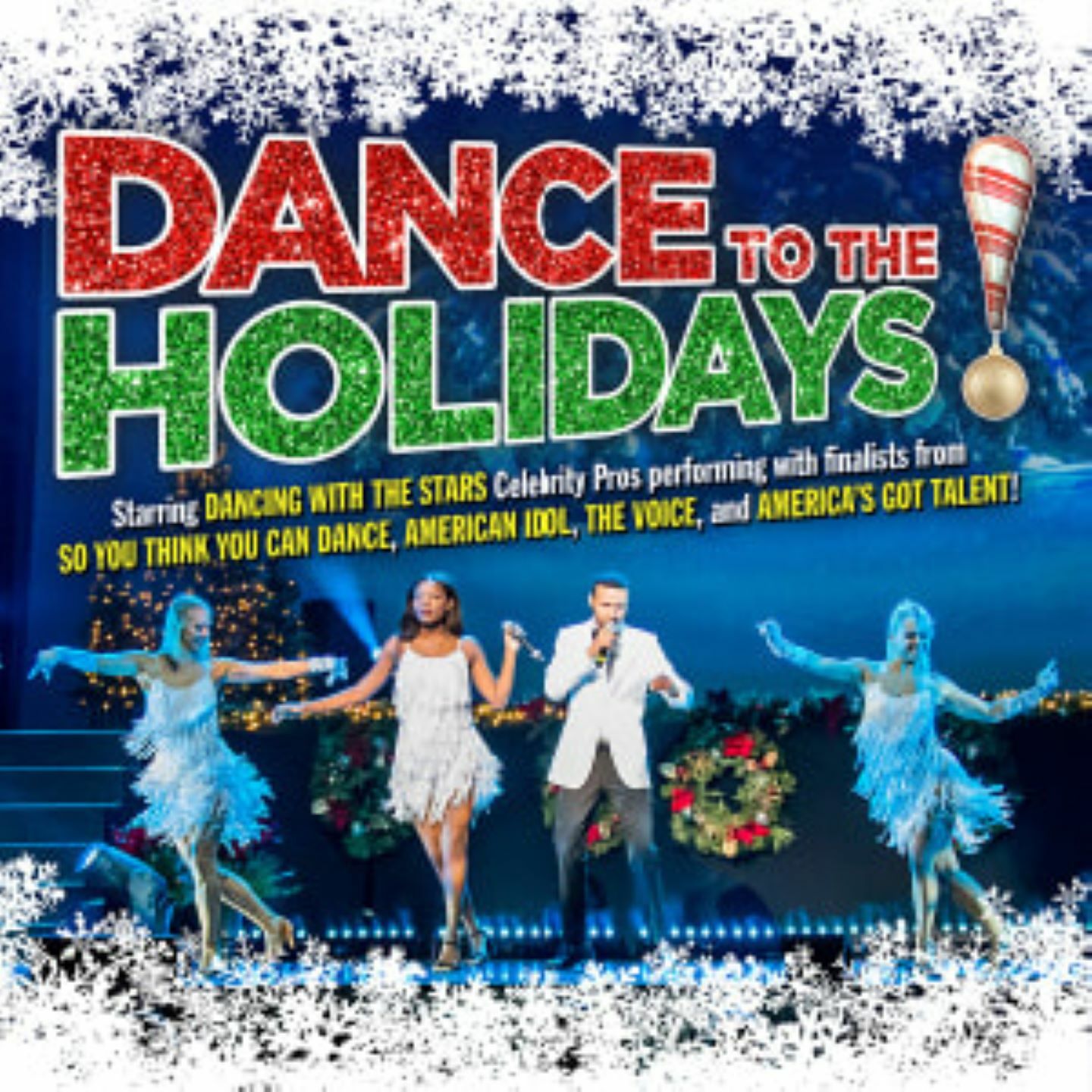 Dance To The Holidays

A Holiday spectacular for the whole family! LIVE at the Des Plaines Theatre! The hit holiday spectacular for the whole family! It’s the third spectacular year of Dance to the Holidays! The Holiday dance sensation sweeping the country and now Dance to the Holidays! has a special gift for its many fans. It features Celebrity Pros from Dancing with the Stars performing with finalists from So You Think You Can Dance, American Idol, The Voice, and America’s Got Talent.

Here are all the live talent-based reality TV shows up close and personal in an unforgettable Spectacular for all Seasons!! Directed and choreographed by Jaymz Tuaileva from Dancing with the Stars, Donny and Marie’s Las Vegas Christmas Show and So You Think You Can Dance, Dance to the Holidays! will be a new tradition for your family – Raise your glass to a star-studded evening you won’t forget!

The holiday season is upon us and families can soon experience Cirque du Soleil’s first-ever Christmas show, “‘Twas the Night Before…,” at The Chicago Theatre

"‘Twas the Night Before…" by Cirque du Soleil is a festive spin on the beloved Christmas classic, complete with vibrant acrobatics and a flurry of Christmas cheer.

Burlesque is More is back for their holiday run directed by Julia Morales. Don't miss your chance to see this hilarious, mostly nude holiday romp! 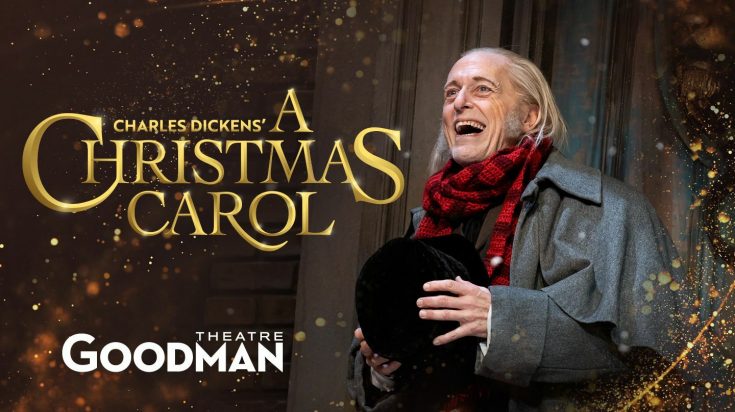 More than a million Chicagoans can't be wrong -- the Goodman's heartfelt, high-end production of Dickens' classic has set the standard for more than 40 years, what with its "amazing sets, gorgeous costumes and eye-popping lighting effects" ("Chicago Reader"), not to mention the stellar performances of Scrooge and the gang. Plus, the theater's right in the heart of the Loop, so you can experience all the holiday spirit the city has to offer.

Celebrating his 65th year in the music industry, legendary singer Johnny Mathis’ sublime vocal approach to music eclipses passing fads and trends. He has performed songs in an incredible variety of styles and categories — from music composed for stage and film to golden era jazz standards, contemporary pop hits, and holiday music, all of which has assured his reputation as one of the most enduring vocalists in music history.

Best-known for his supremely popular hits like “Chances Are,” “It’s Not For Me To Say,” “Misty” and “It’s the Most Wonderful Time of the Year,” Johnny has recorded close to 80 albums, including six Christmas albums that have made him the undisputed and iconic “Voice of Christmas.” Join us at the Rosemont Theatre to celebrate the holidays as Johnny performs some of his greatest Christmas hits and personal favorites, and hear why it’s just not Christmas without Johnny Mathis!

While 2020 was the first year the group was unable to tour in 35 years, 2021 will reunite the No. 1 Christmas music artist in history with its legion of long-time fans. Experience the music that has become the hallmark of the holidays and a tradition for multi-generational families: "Mannheim Steamroller Christmas" live in concert in 2021!

Christmas Bingo: It's a Ho-Ho-Holy Night!

Did Santa babysit the baby Jesus? Why were the Three Wise Men so lost? Do you know what the holiday classic Silent Night first sounded like? The answers to these and other humorous questions are answered in the hit holiday comedy "Christmas Bingo: It’s a Ho-Ho-Holy Night!". Written by Vicki Quade, one of the creators of the hit comedy "Late Nite Catechism", "Christmas Bingo" brings together two of the best things about being Catholic: Christmas and Bingo.

The show features the character of Mrs. Mary Margaret O’Brien, a former nun and current bingo caller. "Christmas Bingo" is the second installment in Quade’s bingo series, which also includes the long-running hit "Bible Bingo". This show was selected as one of 10 holiday shows highlighted by Chris Jones, the "Chicago Tribune"’s theater critic.

In this interactive comedy, audience members play bingo while also answering questions about Christmas traditions, the origin of St. Nick, where do candy canes come from, miracles in the Bible, and a clever re-creation of the Annunciation, complete with audience members in angel wings and halos.

Set in 1920's America, A&A BALLET's "The Art Deco Nutcracker", featuring Tchaikovsky’s beloved score, is a fresh, yet traditional take on the beloved holiday favorite with a sumptuous costume and set design inspired by the unique sophistication of the Art Deco era.

"The Art Deco Nutcracker" is Alexei Kremnev's eighth full-length ballet. His work has been presented at the world-renowned Bolshoi Theatre in Moscow, Lincoln Center in New York, and the Opernhaus Zurich in Switzerland, among other prestigious venues across the globe. The "Huffington Post" describes his choreography as “encompassing the best and brilliance of what movement can be while breaking boundaries of what we know.”

Through its inspiring story, beautiful music, and charming choreography, The Nutcracker is a celebration of the joyous holiday season. Every year The Nutcracker takes us on an unforgettable journey with young Marie as she travels from her home on Christmas Eve to the Kingdom of Snow and the Land of the Sweets. For adults, it is a time to relive cherished memories of childhood. For children who wait with breathless anticipation for the holidays to arrive, it is the opportunity to create new memories. For everyone, it is a time for sharing and giving among family and friends.

A hilarious musical parody of the classic Christmas movie "Die Hard," and yes "Die Hard" is a Christmas movie, "Yippee" invites audiences to the annual Nakatomi Christmas Eve Party on the 30th floor of the Nakatomi Plaza. Grizzled New York cop Bruce McClane is there to rekindle love between his estranged wife and 80s businesswoman Holly Generic. Everything is going swimmingly until fashion obsessed Hans Olo and his group of 12 German terrorists take everyone hostage...everyone except McClane. Filled with hysterical musical numbers, farcical fight sequences, explosions, machine guns, and more Christmas snow than Los Angeles ever gets, there is a reason "Yippee Ki-Yay Merry Christmas! A DIE HARD Musical Parody" has become a Chicago holiday tradition.

Be sure to check out our Christkindlmarket Guide for some fun holiday shopping!