A Savory Escape at The Chocolate Sanctuary

Imagine a restaurant that’s dedicated to chocolate. The menu is filled with chocolate cocktails, chocolate appetizers, chocolate butter, chocolate entrees, and, of course, chocolate desserts. Sounds sweet, doesn’t it? It is, but The Chocolate Sanctuary is more than just a fix for your sweet tooth.

I was invited to a tasting of the new winter menu at this Gurnee restaurant. Started as a retirement hobby by husband and wife team Bill and Donna Collazo, The Chocolate Sanctuary is an homage to the mighty cocoa bean. Despite having no restaurant experience, the two have found a formula that works, and a chef who implements their vision with tastes of his own.

The Collazo’s have given Chef Ahmad G. Mora license to create complex and surprising dishes. As the thirteenth of fifteen children, Chef Mora earned his independence at an early age, and this freedom shines in his creations. He also calls upon his thirteen years of experience in both Chicago and New York upscale restaurants.

We began our dinner with a chocolate martini. This is to be expected in a restaurant with “chocolate” in its name. The chocolate old fashioned, however, was not. As a fan of brown liquor I was pleasantly surprised by the subtlety. Of course, it did have a Luxardo cherry, and I am a sucker for Luxardo cherries. 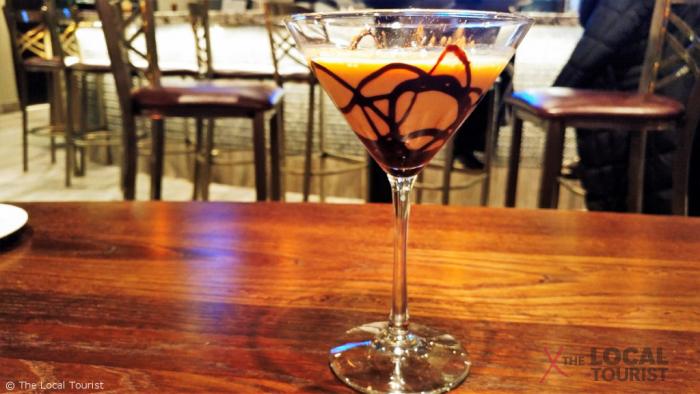 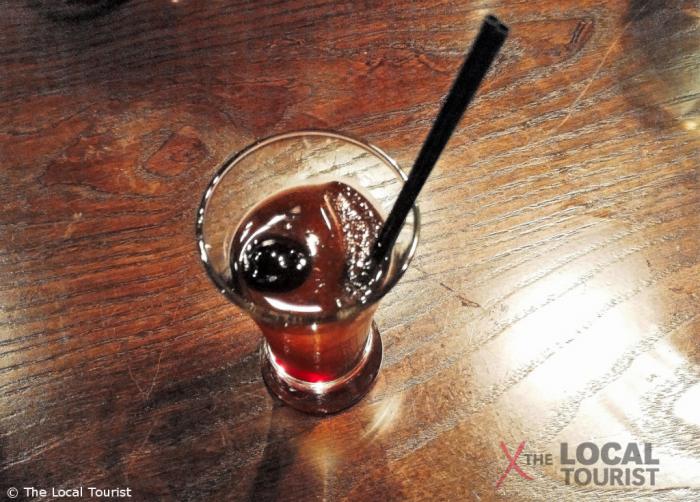 Our first tastes of Chef Mora’s talent were chicken and goat cheese wrapped in cocoa-candied bacon followed by a cocoa-spiced butternut squash soup topped with bacon. Both were delicious (duh – chocolate AND bacon). The chocolate in both of these was evident, but not overwhelming and served to enhance the other flavors. The soup is one of their standard menu items, and you can get it as one of the three courses in their $10.75 prix fixe lunch menu. Yes, $10.75. 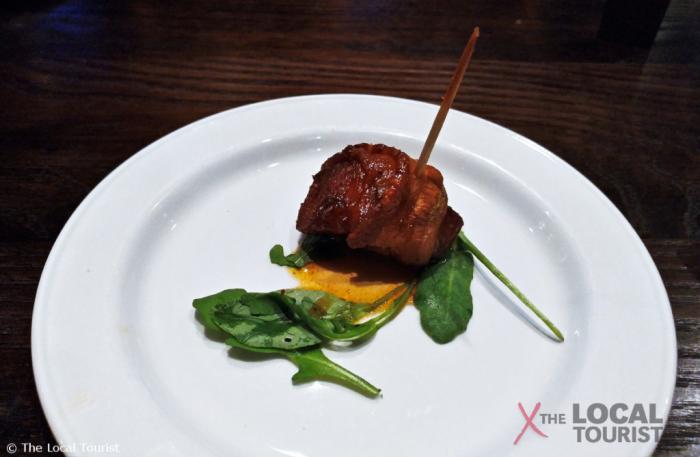 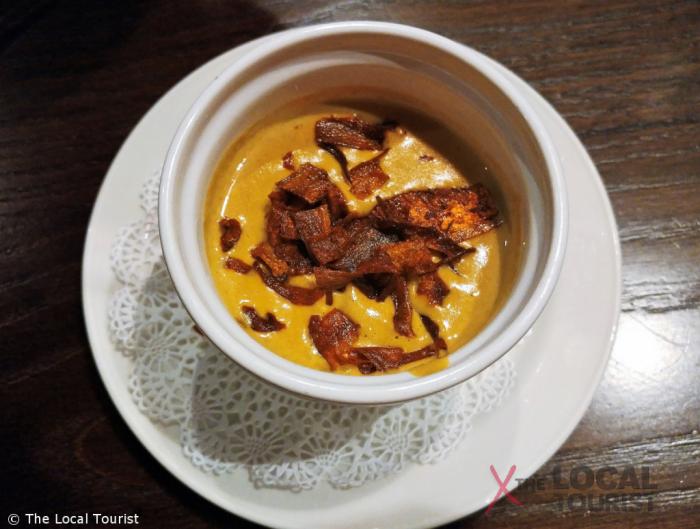 Our next dish was the cocoa mascarpone apple tartin. The presentation on this is simply gorgeous (but not too beautiful to eat!). 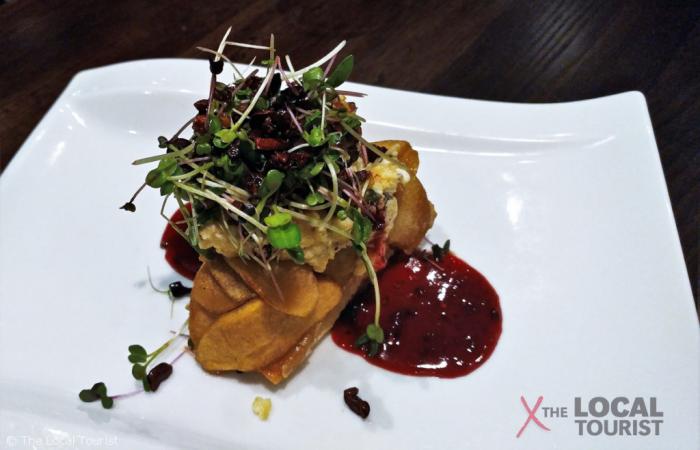 Frankly, the presentation on all of the dishes was stunning. The cocoa pan-seared scallops atop truffled mashed potatoes and a thick zucchini chip; the Chilean sea bass nestled on a crispy plantain balanced on roasted sweet potato; the all-natural grass fed ribeye cooked a perfect medium rare and layered with Brussels sprouts and Yukon gold potatoes – all of them were displayed with an artist’s touch and a chef’s sensibilities. 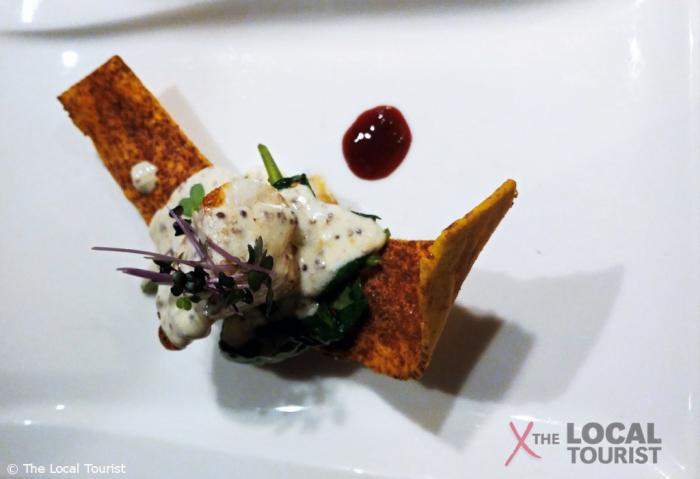 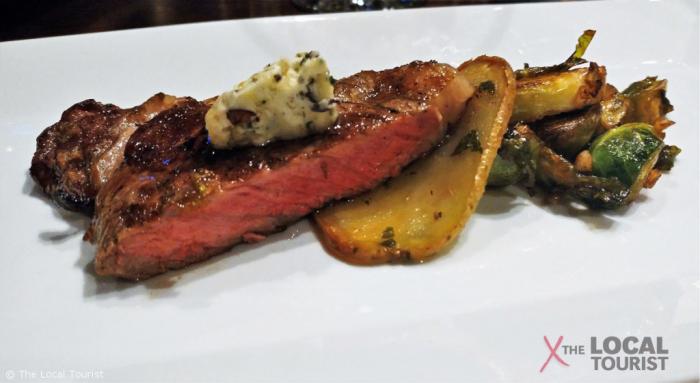 These delights were followed by desserts. Their desserts are, as is to be expected in a place named for chocolate, amazing. Pastry chef Hailey Turso uses her talent to create beautiful variations of sweet decadence. We tried the chocolate-filled beignets, the richest lava cake you can imagine, turtle mousse topped with spun sugar and presented with dry ice, and an almond cake layered with dark chocolate raspberry ganache and topped with a surprisingly flavorful raspberry buttercream. 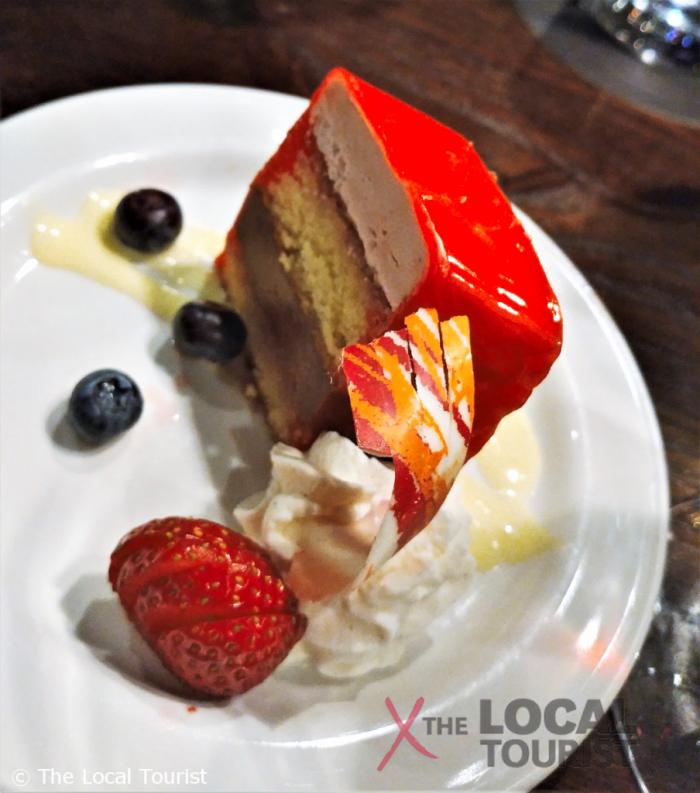 Not only can you treat yourself at The Chocolate Sanctuary, you can also treat others. They’ve got a whole collection of gift items perfect for the holiday season. The Ultimate Romance Gift Box includes Cocoa di Vine Chocolate Wine, Chocolate scented candle, Chocolate massage oil, Chocolate buttercream, Dark chocolate pearl bracelet and Four piece box of holiday chocolates for $116 and for the tea lover the Tea Set includes a tea tray, tea pot (white or purple), teacup and sauce and tea loose leaf canister for $97. No matter what, be sure to get some of their truffles, for you and for everyone on your list!

The Chocolate Sanctuary is located at 5101 Washington St in Gurnee. You can make reservations online or by calling 224-944-0808.