Dear reader: gastroeuphoria is a dangerous food-induced syndrome and should only be attempted by professionals under the supervision of grown-ups.

There is a possibility of too much of a good thing. I’ve never reached that limit but Monday night at Revel Fulton Market, wandering from table to table hosted by 30 name-brand chefs from Chicago and elsewhere, eating some of their finest creations in miniature, drinking cocktails, beer, and wine, at the Great Chefs Event to raise money for Alex’s Lemonade Stand Foundation (ALSF) I have to tell you, I came alarmingly close.

ALSF raises money and awareness for new research and cures for children battling cancer. Their Great Chefs series is a ticketed event and auction where celebrity chefs serve single bites and convince you to bid on luxuries well beyond their list price. It’s a fantastic event for several reasons, obviously because it serves a noble cause, but in the whats-in-it-for-me column, attendees get to a) take selfies with famous chefs, and b) eat their food.

But I wasn’t there to mingle, I was there for you, dear reader, and in the spirit of getting my job done, I endeavored to eat all the food.

First, there’s a lot of food. Second, there’s a fair amount of beer, wine, and booze. Third, please refer to first and second. I am a voracious and powerful consumer of consumables and pride myself on a prodigious intake when I sit down to a white tablecloth and silver but sometime around Sepia’s amuse bouche and Jimmy Banos’ lettuce wrap I got woggly and torpid and had to sit down. I was succumbing to a glorious gastronomic fugue and searched desperately for a fainting couch. Fortunately, [My Attorney] steered me toward a chair where I reflected on my actions and thought maybe, just maybe, I should pace myself. 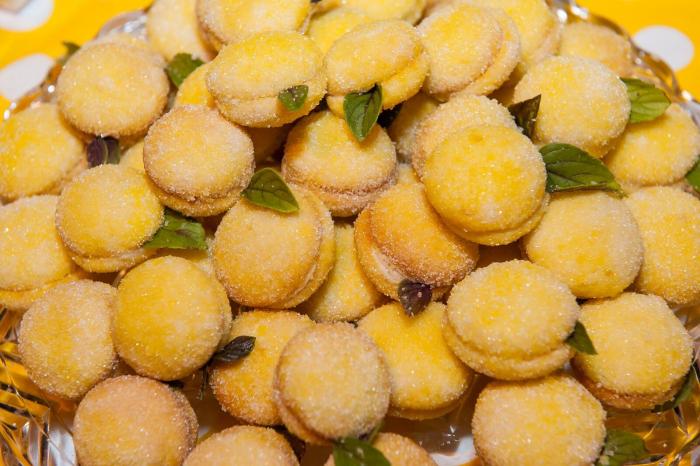 Chef Ian Davis is killing it at Band of Bohemia. They opened in 2015 and received a Michelin star in their first year. And they deserve it. The restaurant is perhaps one of the most lusciously decorated rooms in the city with crushed velvet, antique lamps, giant heavy chairs, and a small but essential vinyl collection. But you don’t get a star for looks. And if you’re a brewpub, up until 2015, you didn’t get one ever. Band of Bohemia is the first one on the list. Go for the beer they make in house and order blindly by throwing a dart at the menu. Doesn’t matter. Everything is perfect. Just look at the ingredients in that amuse bouche listed above. Lemongrass preserve? Pine nut granola? With scallops? Genius. At the event Chef Davis was amiable and amusing and paused everything to stand with me and watch some absolutely historically operatic parking maneuvers by a serious driver in a Silver Toyota Highlander who held traffic in both directions to a standstill as she pivoted her enormous vehicle through a 12-point turn to wedge it into a space barely big enough for a Tonka truck. It was epic. We high fived.

A startlingly delicious entry, born from childhood memories of fried bologna by the chefs. I can tell you, as a kid raised in the weed-choked trailer parks of Floribama where most meals came from a can, the flavor of this single bite sent me into a deep memory of fried baloney sandwiches on wonder bread. I went back twice.

As soon as I crunched down on this incredible street-food jewel I lost my train of thought, my composure, and my manners and stood there chewing and staring like a Walking Dead extra. I would have eaten every single one of them but one of the staff chased me away with a spatula.

Namelaka is kind of Japanese flavored cream made from milk, glucose, and gelatin. Add a flavor to it and you’ve got a luxurious dessert. Add orchid root crumble and bee pollen and you get into Heaven for free.

I can’t . . . it’s . . . just . . . the tuna, the aioli. It’s indescribably good. If you think all Italian food is stuffed ravioli in a ravioli sauce you might want to visit Nico Osteria and try pretty much anything. But definitely this.

This dish was so sexy I got nervous. It was proof that a great dish is a simple combination of just a few incredible ingredients. The lardo is a cloud-like dollop of pure flavor. It is resplendent in its fattiness, redolent of finely rendered porcine essence. I stared at the men behind the table, busy slicing pork and chatting with the beautiful and the brilliant gala attendees and thought, I hate you. Up until this moment, I had loved pork. I had adored bacon, pork shoulder, jambon, Spanish cured ham. I even like Canadian bacon. But after my third or fourth helping of Ardent’s entry, I no longer cared. I couldn’t even remember what bacon smelled like. All I knew was this lardo. All I could think of when I thought of pork was this quenelle of sweet, sweet swine. How was I going to live? Holed up in the doorway of Ardent every day waiting for them to open? They’d ruined me. I was a broken man. Their pork lardo is swoonable and as far as I’m concerned qualifies as a desert.

I thought the lardo from Ardent had left me unable to ever fully appreciate pork but I was wrong. Allow me a moment to try and capture the treasure this city harbors in The Butcher & Larder. They are passionate about meat, about finding the very, very best beef that’s been cared for like a member of the rancher’s own family. Go there. Have a sandwich while they slice up a side of beef. At the ALSF event, they cut paper-thin slices of Mangalitsa, the snoutish equivalent of Kobe beef, and laid them on tomato bread and I had feelings for this pork. I wanted to sit down with it and talk all night and tell it everything about myself and maybe, just maybe, we could fall in love. I mean, I was already there.

Chef Carolina Diaz
Terzo Piano
Canneloni stuffed with braised rabbit and carrot pesto and the loving graces of all your gods and deities.

I turned the corner into the main room of this event, the cavernous main hall at Revel, and saw the table for Terzo Piano serving their cannelloni and [My Attorney] turned to me with her mouth already full and her eyes widening and a look on her face I hadn’t seen since our honeymoon. I turned to the table where the staff stood silently, gazing out across the tumultuous room with a stoic remove, as if they felt a noble sadness for all the mortals scattered wall to wall not knowing they were in the presence of the mighty and I say all that not because they were being arrogant or even doing anything other than just standing there like regular people but I say this after having bitten into this canneloni and subsequently asking them if they’d please give me a moment of privacy. Carolina Diaz is a titan. This food gave me feelings. I looked at [My Attorney], already slumping against me, her knees weak and her eyes rolled back into her skull and I said, I don’t know, maybe we should get a room.

It was here, at the altar of Terzo Piano, wordless in a blissful delirium, that I realized, maybe . . . maybe there was a limit to how many over-the-top Michelin-starred small plates a person – even a serious person, even a man with suspenders and gold rimmed glasses and a notebook – can handle before they experience peak gastronomic freak out. I mean, maybe this event should add a simple hot dog stand – and not a good one. An unmentioned, Yelpless, unknown hot dog stand run by a guy named Mike who really wants to give it all up to be a storage unit manager. Maybe a table that just serves cold baloney sandwiches on generic white bread. A Popeyes. Just, a break, a distinction from the opulent repast that was causing me to stagger a little.

But no. No. There’s more. [My Attorney] smacks me in the arm, snapping me back to reality. She drags me to Sepia’s table, which looks like it was arranged for a photoshoot with the ingredients listed above nestled into tiny clear bespoke dishes. I turned to [My Attorney] as I took a bite, thinking I was going to say something, but my inner gastronome took over and stole five more of these things (mea culpa, Chef) and elbowed some well-dressed guy with an expensive beard out of my way. I ate them like a starvling, shoving them into my mouth without caring how people stared. The trout roe bounced off my cheeks and down my shirt and [My Attorney] reached out to clean me up and I growled and she recoiled, realizing I’d gone from charming food ‘journalist’ to raving lunatic. She pointed me toward the next table and backed away slowly.

Impossible to describe. Sweet but savory. Tart but prosaic. Soft but crunchy. I was in the middle of proposing to Ms. Mispagel but [My Attorney] hip-checked me across the aisle.

I don’t know what happened and I want to sincerely apologize to Chef Banos. I wasn’t attacking you. I was just coming in for a hug, man. I mean, that lettuce wrap was the end. It was humble, wildly flavorful, and imminently satisfying. My reactions were involuntary and should be considered a sign of mad respect and not grounds for a restraining order, though I admire your professionalism. I love you man. But that was the end. Banos served lump crab meat with Louisiana Gulf shrimp, white remoulade and Cajun caviar in a butter lettuce leaf and let’s talk about that. Please understand, it’s only August and I’ve already been to New Orleans twice. Cajun cuisine is my baseline. I put Cajun spice on my mangos. I put it on donuts. I snort it like fine Peruvian power powder. To say Banos hit my palate dead on is not even accurate. Banos crawled inside my head and wrapped his fingers around my pineal gland and squeezed. This lettuce wrap was Peyote. It was ju ju. I saw things. I heard voices. I’d had too much luxurious larder. I was saturated with sumptuousness. I was teetering on the edge of transformation and this lettuce wrap sent me shooting over the lip of that edge into a fugue state and I don’t remember much after that. I was foodnebriated.