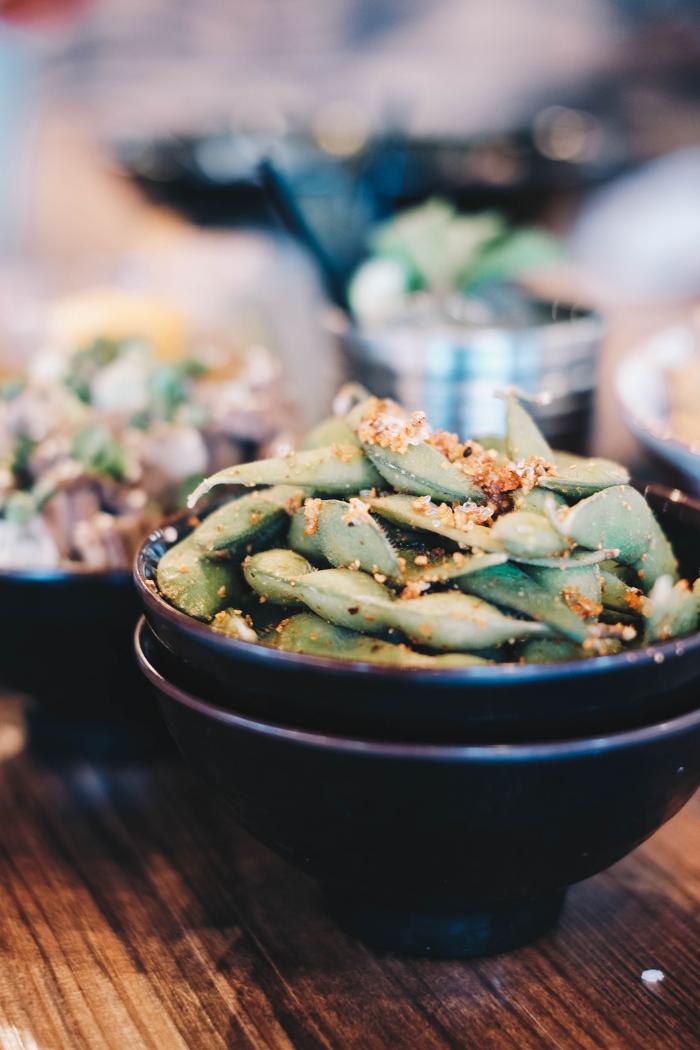 Chicago has become obsessed with ramen in the past few years, and one of the most popular ramen options in the city is Furious Spoon. Chef Shin Thompson developed a love for Japanese food early on in his life, both from his upbringing within the island cultures of Hawaii and Japan and the internationalism of his father’s career with United Airlines.

Following his early passion for cuisine, Thompson graduated with a culinary arts degree from Kendall College in Chicago in 2001 followed by a second degree in Hospitality Management from Chicago’s Roosevelt University. In the years that followed, Thompson culled together a resume filled with fine dining kitchens and hotels across the United States.

After opening several successful Chicago restaurants, Thompson finally realized his dream to open a ramen shop inspired by his grandfather, who owned a shop in Japan in the 1960s. Together with Anshul Mangal, Thompson opened the first Furious Spoon location in the Wicker Park neighborhood in 2015. Today, there are nine locations either open or in development throughout the city.

I was recently asked to visit the Furious Spoon in Lakeview (800 W. Belmont – on the corner of Belmont and Halsted). In full disclosure, I must admit that I approached this review with a touch of cynicism. In my mind, ramen was always associated with the cheap product we all ate during college when we didn’t have any money and had to cook in our dorm rooms. In essence, I thought of ramen as something fast, cheap, tasteless, and not very exciting.

If you’re a ramen fan, you are probably rolling your eyes right now. If you are like me, however, you know exactly what I mean. I can tell you, however, that I now have a whole new appreciation for the art of ramen. Far from being dull or tasteless, I found Chef Shin’s recipes to be daring, intriguing, and densely flavorful. I may not yet be a ramen disciple, but I will certainly be back to check out some of the items I missed this time around.

During my visit, I was able to sample a number of items, including some appetizers and some “signature” ramen bowls. For appetizers, I recommend the Lime Togarashi Edamame and the Fried Chicken Dumplings. Both were far from ordinary, and both left me wanting more. In a ramen restaurant, however, you are there for the bowls – and the two that I tried were vastly different, yet equally satisfying.

In a more traditional vein, check out the Pork Shoyu – made with homemade noodles, tonkotsu broth (pork base) and flavored with a shoyu tare (soy sauce flavor). The standard toppings on the Shoyu are chashu (pork belly), bamboo shoots, bean sprouts, naruto (steamed fish cake), nori, scallions and sesame seeds. I discovered that I am hopeless trying to swirl ramen noodles with chopsticks. The meal got a little messy due to that, but the mess was well worth it. The broth is densely flavorful, the noodles are clearly homemade and nothing at all like the desiccated junk that we all ate in college. Finally, all of the topping were generously portioned. If you can finish this alone then you are a jolly good eater!

The standout for me was the Brothless Bowl featuring tempura shrimp and straw mushrooms atop a bed of fresh noodles with a gorgeously taste sauce – no soupy broth, but a heavier sesame-infused vinaigrette that coated the noodles. They serve it with a side of spicy Japanese honey mustard. The mustard is just hot enough that a large dollop might clear out your sinuses, but used in moderation it is a fantastic accompaniment to the other flavors in the dish. This is one that I most certainly would order again – messy to eat but worth every moment.

Check out their menu for more delicious options.

Furious Spoon now has some good news for all the vegan lovers of ramen. Since opening in 2015, customers have asked about a vegan-friendly ramen and after a year in the kitchen, Shin Thompson has perfected a vegan-friendly broth. This new option takes the classic Vegetable Ramen Bowl and substitutes the new vegan broth. It features Furious Spoon’s famous homemade noodles and delicious toppings including red and Napa cabbage, bean sprouts, kikurage mushrooms, roasted garlic, scallions, and sesame seeds.

“We are thrilled to finally offer one of our signature bowls to vegan customers,” shared Thompson “It was crucial for us to ensure the flavor of the vegan bowl was consistent with our original recipe, and we’ve found the perfect combination of ingredients to achieve that.”