Chef-Driven Restaurants on the Magnificent Mile

Chefs are celebrities in Chicago. With their skill and talent, they’re lauded almost as much as movie stars and athletes.

Chefs are celebrities in Chicago. With their skill and talent, they’re lauded almost as much as movie stars and athletes. Some of the most well-known Chicago chefs have chosen the Magnificent Mile for their restaurants, and you can partake in some of the best cuisine in the country just a few steps from the best shopping.

Whether you want barbecue or bone marrow, these top chefs have you covered.

At the top of Michigan Avenue is Spiaggia, where Italian food goes to heaven. This restaurant is led by James Beard-award winning Michelin-starred Top Chef Master Tony Mantuano. He’s talented, he’s creative, and he’s a super nice guy. He’s launched several concepts, and Spiaggia is his flagship restaurant, with prices to match. If that’s a bit out of your budget, Café Spiaggia offers a more casual menu. 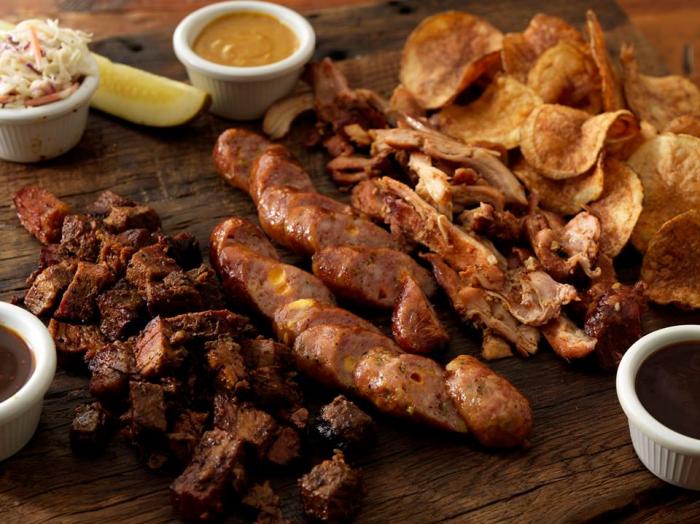 A recent addition to the Magnificent Mile’s chef-driven scene is Southern Cut Barbecue. Chef Lee Ann Whippen, formerly of Chicago Q, left the restaurants for a bit to work with Frozen Foodies. Now she’s back and is smoking things up on Delaware Place. You can get some bourbon and microbrews to go with her Championship Baby Back Ribs.

Located on the other end of North Michigan Avenue is another Michelin-starred James Beard award winner, Chef Jimmy Bannos, Jr. The son of famed Heaven On Seven Chef Jimmy Bannos, Jr. has definitely made a name for himself. The Purple Pig is all about “cheese, swine, and wine” and sharable plates and they’ve got great outdoor seating, making them a popular summertime spot.