Do you take your tea with a side of nuclear meltdown? You might have to while watching Steppenwolf’s new production, The Children. Staged to critical acclaim to sold out crowds in London and New York, this profound work confronts the responsibility each generation must face for the way it leaves the world.

On a summer evening in an isolated seaside cottage in the East of England, a pair of retired nuclear scientists are startled by a visit from a former colleague. As some crackers and wine are trotted out, so are various old jealousies, leading to the true reason for Rose’s sudden reappearance: the revelation of a chilling and dangerous plan to re-enter the wounded nuclear power plant they once operated. Leaking radiation, contaminated water creeping closer to the sea, their mission is a suicide. Yet the motivation is clear: the children. Giving the future generations a chance at survival is what drives the characters’ decisions. They know that there is no return. But something has to be done… 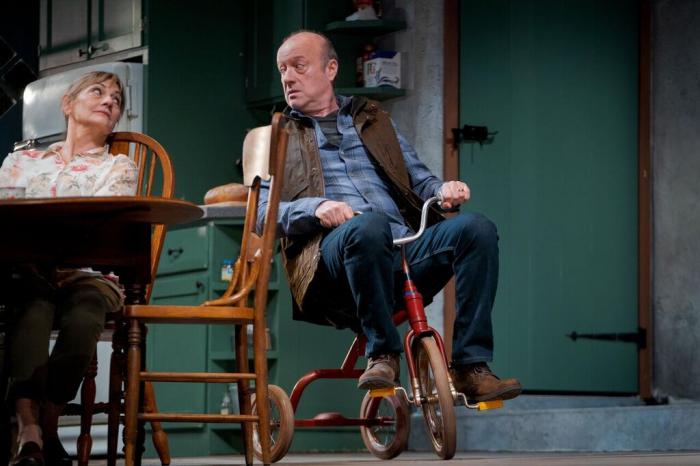 From the playwright Lucy Kirkwood: “I had been trying to find a form for a long time to write about climate change in a way that was emotionally rather than intellectually driven. What is important and theatrical to me is not the facts of climate change – we all know the facts now, and most of the average theatre audience will believe in them too. What is interesting is this: if we know the facts, why are we failing so catastrophically to change our behaviors?”

“Lucy’s work powerfully interrogates the challenging space between our all too human desires and our shared responsibility to the generations to come. That she does this by creating rich, nuanced characters with a complicated history and a high-stakes problem to solve makes it a perfect fit for Steppenwolf. It’s a taut 90-minute pressure cooker of a play,” comments director Jonathan Berry.

No matter your stance on climate change, nuclear meltdowns are a definitive threat that cannot be denied. This play should be required viewing in my opinion. In today’s atmosphere of instant gratification and lack of personal responsibility, it challenges us to look beyond ourselves and our actions to consider the dreadful consequences. Everyday heroes may not wear capes, they just maybe three nuclear scientists.

Steppenwolf is located at 1650 N Halsted St in the heart of Chicago’s Near North Side.

The Local Tourist’s tickets for two courtesy of Steppenwolf Theatre.